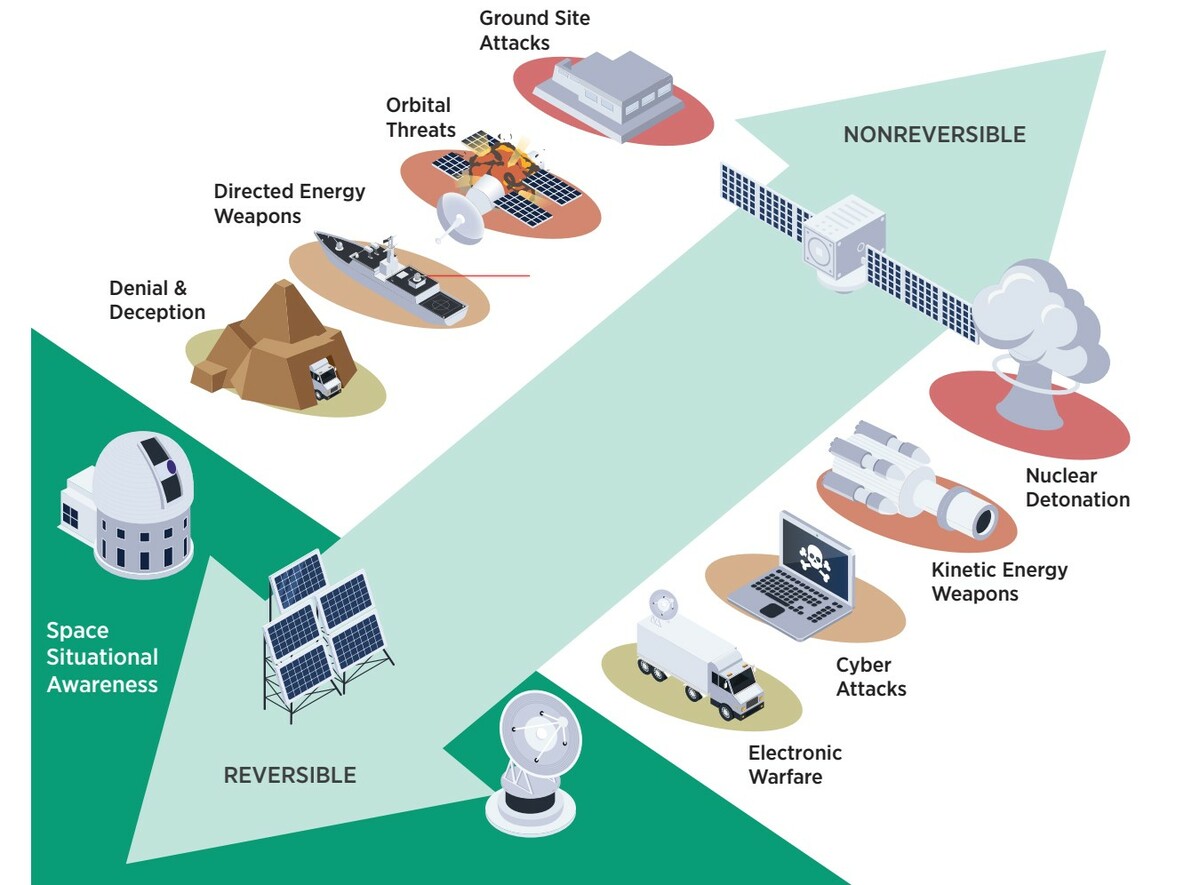 On Tuesday, the Defense Intelligence Agency published “Challenges to Security in Space,” an updated edition of a report it first released in 2019. The findings aren’t necessarily groundbreaking, but they’re aimed at communicating the rapidly evolving threat landscape in space to the general public:

– The DIA says that US efforts to ensure the space domain “remains secure, stable, and accessible…are under threat.”
– In the event of a hot war between major spacefaring nations, on-orbit assets, from comms satellites to optical sensors, are unlikely to be spared.
– “China and Russia value superiority in space.” (Along with the US.) 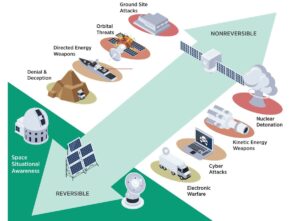 That was then…The DIA says that US adversaries paid attention to 30+ years of space-supported US military operations (take the Gulf War, and precision-guided munitions, as one example). And this is now…Adversaries “are now seeking ways to expand their own capabilities and deny the US a space-enabled advantage.”
The report opens by noting that China and Russia grew their combined operational space fleets by 70% in just over two years (after 200+% growth from 2015 to 2018). The two major spacefaring nations are simultaneously upgrading their space and counterspace capabilities. A continuum of counterspace capabilities, via the DIA: