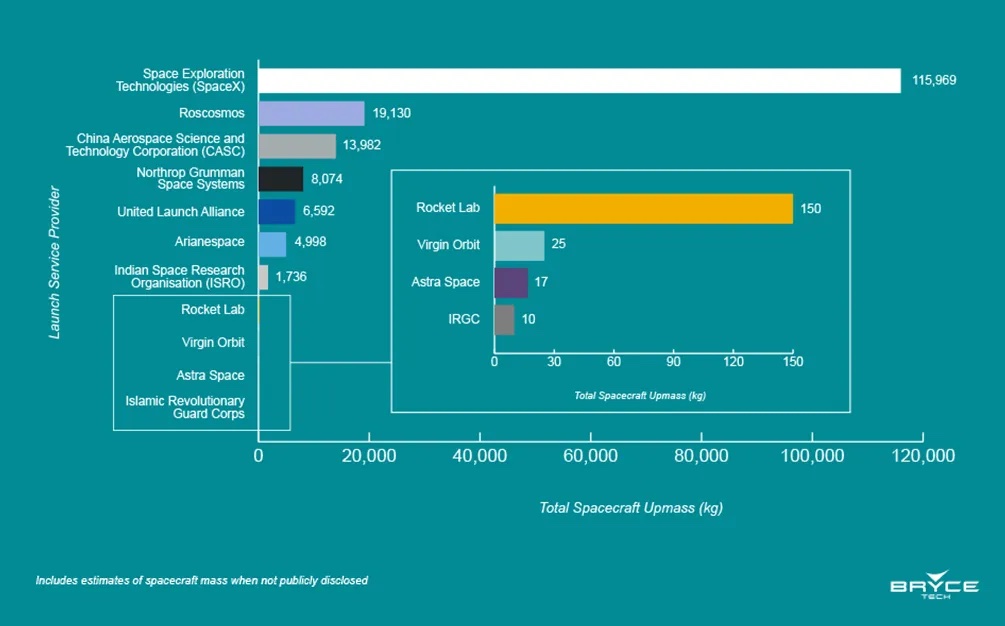 Mass: The 502 spacecraft launched by SpaceX totaled 115,969kgs deployed into orbit. The rest of the world combined didn’t even manage to half that mass.

Of the 624 spacecraft launched in Q1 of 2022, 88% are owned and operated by commercial companies.

This trend is a continuation of one identified by BryceTech in Q3 and Q4 of 2021. In those quarters, 82% and 78%, respectively, of all spacecraft launched are owned and operated by commercial companies.